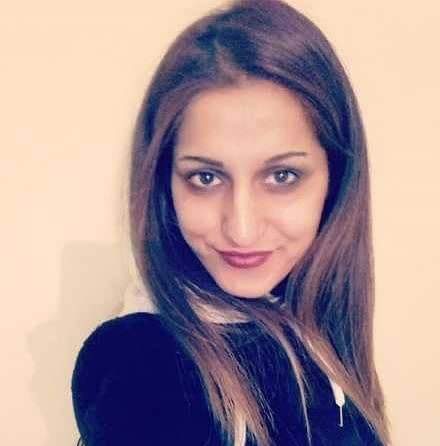 The news of the (alleged) feminicide of Sana Cheema, a young Pakistani naturalized Italian, arrived on the morning of April 20 in a Giornale Di Brescia newspaper article, as well as other news and online newspapers, that stated that the young woman appeared to have been slaughtered by her brother and father in Pakistan, her homeland and where she was on vacation at the time, for having rebelled against an arranged marriage and for falling in love with an Christian Italian man. The news continued to increase, but not without certain and clarifying information from Pakistan. Thanks to various testimonies and to the collaboration of the Pakistani media, the activist Wajahat Abbas Kazmi and us activists from “SLUM” have been able to shed light on some aspects of the story. But, above all, we hope our intervention will bring unresolved issues and important doubts to light.

We know for sure that Sana was 25 years old and that she worked for a driving school in the city of Brescia. Like most of the city’s Pakistanis (remember, they represent the largest community in Italy), she came from the Gujrat district, in the province of Punjab, a newly metropolitan area that intimately preserves a closed mentality and deep maschism and patriarchy (as well as in other neighboring cities and districts, such as Jehlum, Mandibahawuldin, Lalamusa). Many emigrate to our cities and hope to leave their children to work, while try plan to spend their old age in the cities where they were born. Wajahat alludes to a form of “business“. Unfortunately, it seems that the tendency to integrate into the Italian community is, at least in the case of Brescia, rather scarce and that the cultural barriers are really high and difficult to overcome, except in the case of many courageous women who distance themselves from it. There are many cases of girls who are not sent to school or who do not continue studies past middle school. There are very few state controls in this regard, and especially there is the tendency to marry them off to cousins or other family acquaintances to transfer and create family units directly in Italy.

Contrasting things have been said about her death. If the Italian newspapers report what we wrote at the beginning of this article, the Pakistani community of Brescia, as an anonymous man reports to the Teletutto TV news, speaks of “heart attack” and “suicide“, although many young members of the community are absolutely convinced that there’s a lot more behind the girl’s death. The last post of the young woman on Facebook was in early March. Without any kind of censoring and (please excuse us) without any respect for the body, the news showed images of a Pakistani funeral during which presumably a mother or other relative cried bent over the body of a woman. Not even the latest articles report the certainty of the day of death or the funeral rite. Testimonies of those who have not seen her since November have been relayed, but we have verification (thanks to direct sources who want to remain anonymous) that Sana had been seen in Italy about a month and a half ago and had worked at least until the end of February. She was probably killed – Pakistani journalists are already talking about murder – in the last few weeks; they refer, among other things, to having had news of (yet another) murder in the district of Gujrat to which no media has ever been given prominence. We did not, however, get any definite answers on the relationship with the Italian thing man that the newspapers are spreading. However, we do have news of a long-term relationship with a fellow countryman that had been finished for some time. Because of the idea that many Pakistanis have of a man-woman relationship, a friendship may have been mistaken by some as a romantic relationship. As far as we know, completely distorted information could be leaked. We wonder if she was recently killed and if the Pakistani newspapers were not aware of it because, perhaps, her death was passed off as accidental, as reported by the Corriere, until now. We would like to know whether or not an autopsy was carried out and how the information spread in Italy to the Brescia newspapers arrived, and whether the Gujrat community has now matured a pure connivance towards the families who defend their “honor” by removing women as if they were pawns on a chessboard. In addition, as we await further developments, we wonder if Sana Cheema’s father, Mustafa, was really arrested in Pakistan and what role the Italian embassy has in Pakistan, given that Sana Cheema had Italian citizenship…

ANSA reported on 22 April that the girl died of illness and that relatives are not in prison. Yet, those who know her, told us that she was as in excellent health.

Sana’s death reminds us of the brutal murder of twenty-year-old Hina Saleem, who was stabbed, slaughtered and buried by her father and her brothers in Brescia, Italy in 2006. She too was originally from Gujrat and “guilty” of having distanced herself from the family’s traditions and having refused an arranged marriage because she preferred an Italian man. For the Italian Supreme Court, she was killed due to “a pathological and distorted relationship of parental possession“. What is more interesting today, in relation to the case of Sana, is the language used to tell of the incident. Hina’s mother, Bushra, publicly declared 10 years later that, despite the great pain for the loss of Hina, she had forgiven Mohammed, her husband, for killing her daughter “in a moment of anger” – a rage motivated, according to her, by the girl’s requests for money, the bad company she kept and by her immoderate lifestyle, but not due to religious reasons or her “westernization”. Statements made to the Corriere newspaper were very curious. They seemed to be in conflict with her first statements after the murder, in which this said that her daughter had not been “a good Pakistani”. Her father had said he would never done such a thing in a land where girls are not tempted by discos, in short, by Italian places of perdition. On at least one occasion in front of journalists, Hina’s little sister Khizna wore a miniskirt, stockings and “Western” clothes, as if to underline the reasons for the man who is now serving 30 years in prison. Yet, in 2003, Hina had also fled from home and filed a complaint for abuse. Two other complaints appeared, but before the trial they had been withdrawn due to accusations of slander.

It is worth highlighting that it is no accident that Bushra spoke of “forgiveness”. Also the brother of Qandeel Baloch, the Pakistani “Kim Kardashian” so beloved in the youngest part of the country, appealed to the law on honor killing after drugging and strangling his sister in 2016, having announced the family surname and having muddied it with her conduct. In October of the same year, the law that allowed the release of the murderer if forgiven by the family, was modified so as to allow the guilty party only a prison sentence rather than the death penalty if forgiven. Activists speak of a thousand women killed each year, including 500 rebel women. Someone may also remember Samia Shahid, a British woman originally from Punjab who had divorced her first husband, from a forced marriage, to marry another man. While in Islamabad to meet relatives, she was brutally murdered by her father and ex-husband, again in 2016.